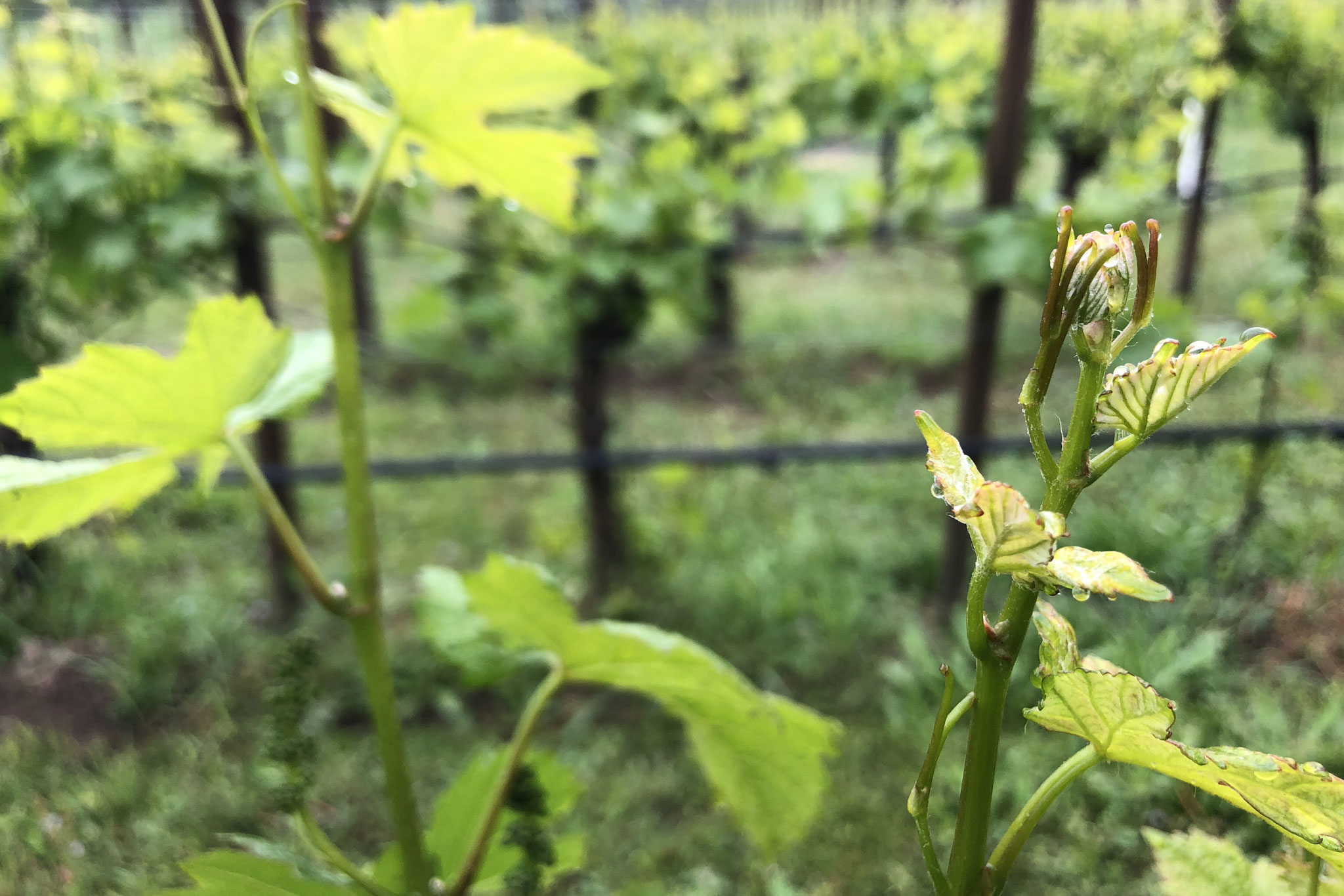 Our 2017 growing season was nearly perfect, with a twist at the end. The year started with an almost textbook spring, which continued to build through a warm and sunny August. A record-setting Labor Day heatwave broke records across the county and sent temperatures soaring to 108 degrees for several days. This late-season heat concentrated the flavor and sugars of the grapes, and pushed our picking date a few days earlier than we’d originally planned. Due to this unique growing season it’s slightly more complex than the years before, with a more refined structure. The wine is full-bodied with balanced acidity, revealing notes of pomegranate, deep plum, foraged berries, and hints of gunpowder tea, mossy stone, and spring roses. "Though production sizes might have been hampered, the wines are showing extremely well." (Wine Enthusiast)

2016 was in many ways the perfect Pinot Noir growing season. With bud break in February and flowering starting a month later, our vines had an early start. Our proximity to the coast kept morning and afternoon temperatures cool through the early part of the year, and temperatures remained moderate as the summer gradually heated towards its peak in July. This slow, predictable, and wonderfully uneventful growing season resulted in small, tight clusters with healthy skins and perfect sweetness. Intricate flavors developed, and “the lack of heat waves kept sugar levels and phenolic maturity in sync.” (Wine Spectator). Every vintage is shaped by the weather, but the mild temperatures of 2016 kept the influence of temperature extremes to a minimum, and allowed our wine to display an exceptionally clear expression of our small part of the world.

With the California drought still in full swing, we were worried that 2015 would turn out to be a rather harsh season for our vines. And, while rains in February and April allowed the vines to thrive, a few frosty nights during flowering left us with fewer berries than we’d expected. Thankfully the hot summer temperatures in September and October, which spiked well over 100°, gave the vines ample heat to ripen fully. Our smaller-than-normal fruit clusters, initially a worry because of low volume, received increased attention and developed a more robust, concentrated flavor profile. The season has been described as having brought about Pinots with “explosive aromatics, great concentration and very fine-grained tannins” (Wine Spectator), and our 2015 embodies that perfectly.